Seaweeds of the upper part of the foreshore

The first seaweed encountered when you descend on the foreshore are able to withstand both long exposure out of the water and the sometimes brutal violence of the waves. Well attached to the rock, they have a short length. 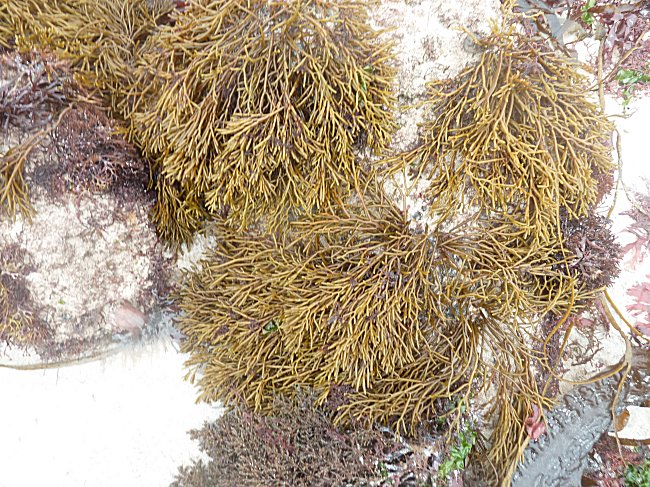 The pelvety ( Pelvetia canaliculata ) can reach about twenty centimetres if it is a little sheltered. Varying in colour from orange yellow to brown, it forms a multitude of small strips around a median stem.


Further down, we reach the domain of the common algae. But under this term are hidden several species. 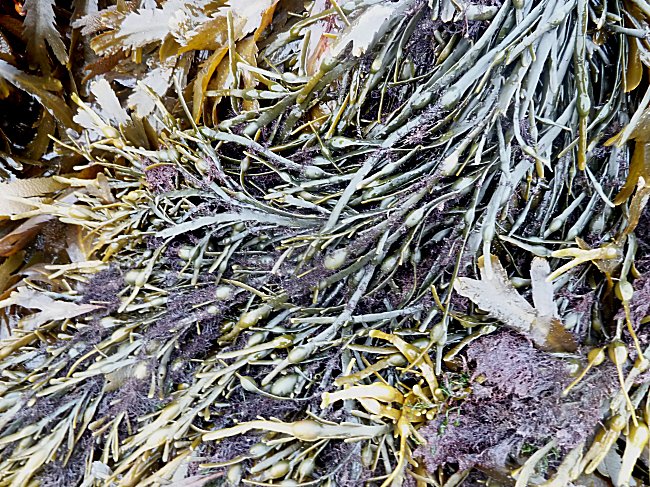 With its air-filled floats well centered along its strips, the knotty ascophile ( Ascophyllum nodosum ) can reach about 1.50 m in length and live for about fifteen years. Its age can be estimated when we know that it produces on each thong only one float ( aerocyte ) per year from its second year. When covered by the sea, the floats straighten the strips towards the surface. This seaweed is sometimes parasitized at the base of its floats by a tiny red seaweed that grows only on it. 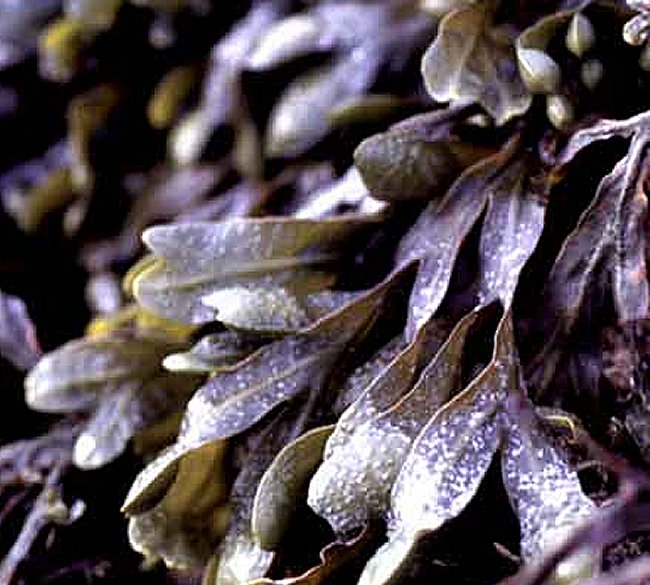 The spiral fucus ( Fucus spiralis ), brown in colour, is also a short seaweed that is firmly attached to the rock. Its thick blades are crossed by a central rib. They twist and roll easily with each other. 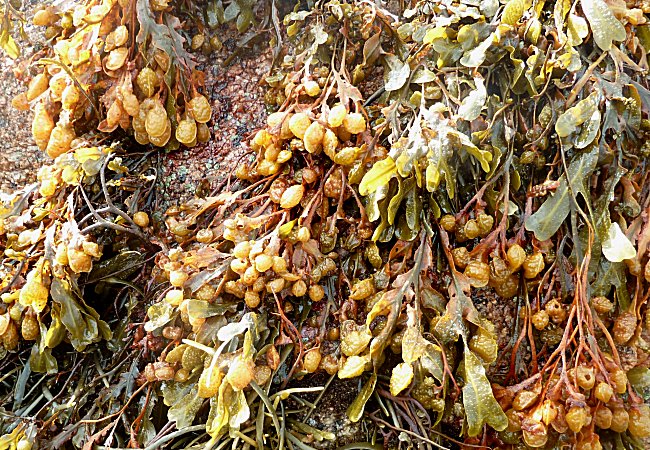 In winter, small yellowish bags (males) or olivaceous bags (females) develop at the ends of the straps. They are not floats but receptacles that spread their reproductive gametes in the water.


Very abundant, the vesicular fucus ( Fucus vesiculosus ), or seagrape, forms a thick carpet on the rocks. Its thick blades can reach 1 m in length. 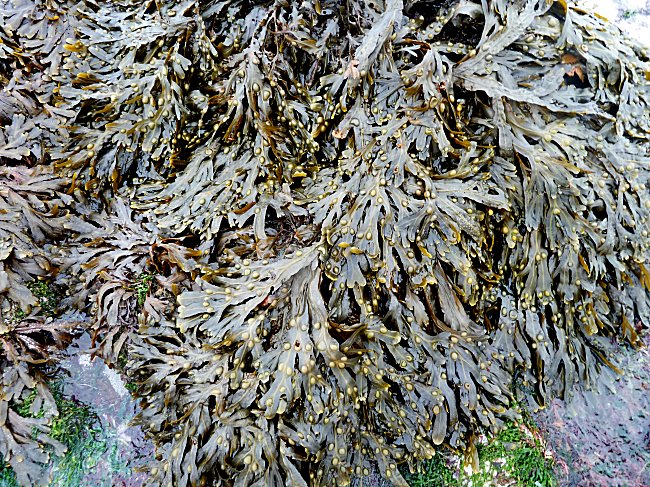 Its small floats are very numerous and their light color attracts the eye.

It can be seen that they are arranged on either side of the central rib as well as in the angle formed when the rib divides. Its age can be estimated when we know that it produces on each strap only one float ( aerocyte ) per year from its second year. The seaweed can thus reach 15 years of age. At the end of winter, as with its spiral cousin, the tips of its blades swell with reproductive gametes.
Long used as a fertilizer in fields and gardens, this seaweed preserves the moisture of oysters and seafood in the crates or stalls of fishermen.
On the picture above, we can see on the right a green seaweed.


Present here from half of the foreshore, it prefers the deeper zone. 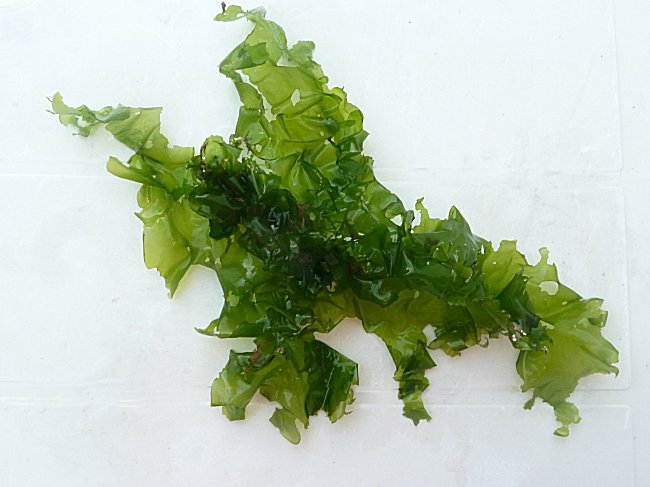 It is an ulve ( ulva lactuca). It also lives on a rock. It can then be picked and, as its name suggests, fresh, it is very edible. Its very fine blades, rich in minerals and vitamins, can still grow when they are torn from their support. In nitrate-polluted water, it grows excessively and forms unpleasant green tides which, as they decompose on beaches, become toxic. 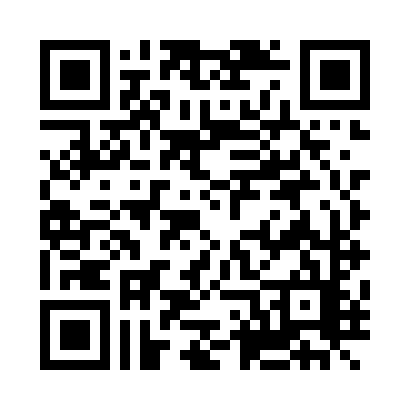