The QR code, also called flashcode, that you find on each page of this site has nothing to do with the health pass. 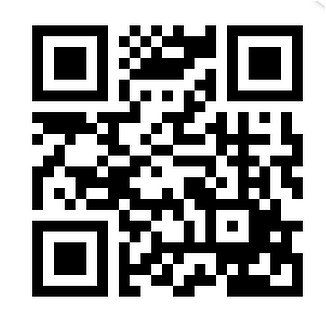 This is a quick shortcut to find a site or simply a page on this site on the Internet. This is to avoid the user to reproduce on his keyboard a whole list of incomprehensible words and numbers that constitute what is called the URL of a site.

How to use it?

The flashcode is intended for owners of a tablet, e-phone or smartphone who have already downloaded on their mobile an application specially designed to read these small cabalistic squares. These applications are easily found on the Internet. For example, for smartphones, one of them, free, is called'QR Droid Scanner'. For e-phones,'QR Reader' is also a free application to download.
When the application is turned on, the screen becomes that of a camera. It is then enough for the owner of the mobile to frame the small square. When the framing is good, a beep is heard and immediately the web page linked to the QR code is displayed on the screen. It's magic!

Broadcast the QR code of a page

If you have enjoyed a particular page of'Patrimoine d'Iroise', you can easily share it with your friends. Just click on'Download this flashcode' and the small square will appear on your screen. Save it with a left to right hand scan on your screen and send it as a photo to your friends.

If you are a teacher or a tour group leader, the QR code allows you either to distribute it to your audience while you are there, or to obtain the page to print and distribute to prepare for the visit.

If you are responsible for a publication, the QR code image will suffice for your readers to go to the page concerned by your article.

Turn your mobile into a guide or audio guide

The QR code printed on adhesive paper and displayed at the entrance of a heritage item such as a chapel, for example, will allow visitors with their smartphone to follow written comments on their screen throughout their visit. His visit becomes active, he looks in real life what he has seen on his screen and he reads its meaning. The task of the guides or those responsible for the heritage element is thus not only modernised but also simplified.

Nor would anything prevent a sound file from being included in the "Patrimoine d'Iroise" page in question, which simply needs to be clicked to transform the visitor's smartphone into a real audioguide. However, this realization requires a preliminary recording in studio so that it is of good quality. In addition, in order to avoid noise pollution in a public building, it would be desirable for visitors to plug in their earphones. Special conditions that are only possible for groups and for certain sites only.
But we think about it...