The low ovoid stele of the Dreff

Access :    Leave the village of Porspoder by the D27 towards Lanildut. At the first wayside cross turn left on rue du Cosquer. The stele is located immediately after the lavoir on the left side of the street. 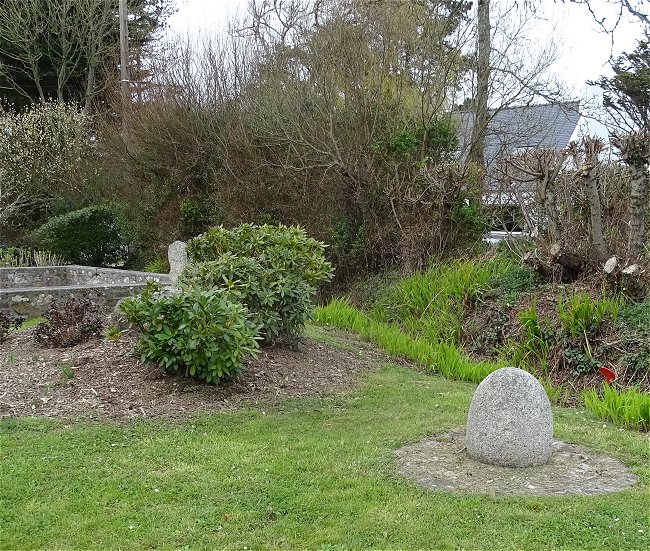 This small monument always surprises the passer-by who, having never heard of Iron Age monuments, wonders why this large pebble is so presented. In reality, the pebble is a pretty little ovoid Gallic stele carved in a local granite with white feldspar crystals, which once signalled the presence of a lot of funeral urns.

From a height of 0.53 m, it is frankly ovoid. It looks like a stone egg laid in a cement nest. Its cross-section is oval and its diameters are 0.40 m and 0.35 m. We do not see its base, which is probably hidden into the cement. 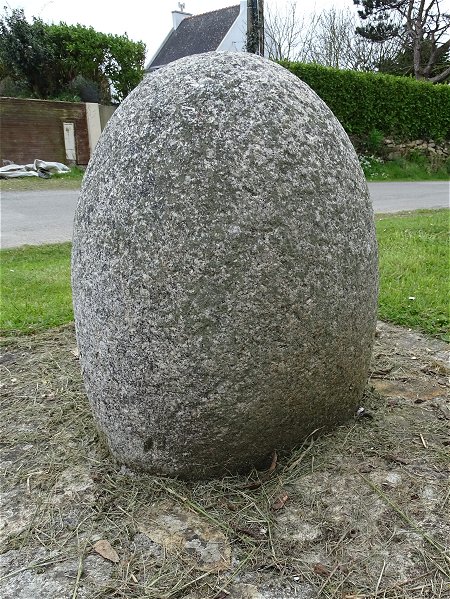 Of course, this stele is unlikely to have retained its original location. It was probably intended to fix it near the lavoir for decorative purposes, but also probably to preserve it. It is also not impossible that this location was chosen in order to Christianize it thanks to the immediate proximity of the statue of Saint Budoc in the fountain of the lavoir.
In the Pays d'Iroise, unlike quadrangular, there are not many ovoid or hemispherical steles. However, another comparable stele is erected in Prat-Paul, a hamlet located only 500 m away. It is therefore likely that both come from the same lot of funeral urns whose exact location may one day be discovered. 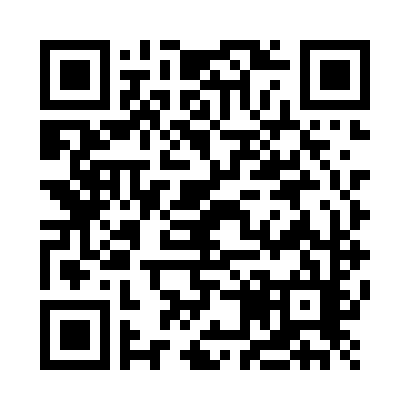