The sentry box of Melon 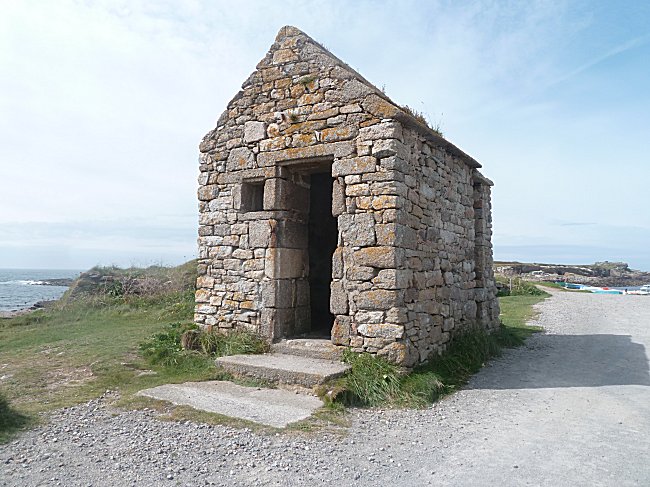 Access : Coming from St-Renan (exit Ploudalmézeau), always go straight to the little harbour of Argenton and turn left when you arrive facing the sea. After crossing the village of Porspoder, you will drive 6 km along the harbour of Melon. Park on the right in front of the restaurant-library "Le Chenal". The sentry box is located on this small peninsula.

The peninsula box is an element of coastal defense built during the 17th century both to signal the passage of enemy ships and to repel any attempt to land. Originally occupied by the coast guard, it was later occupied by customs officers. 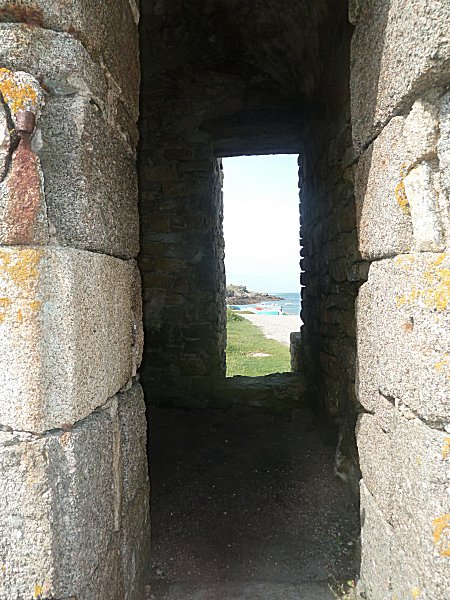 Its openings indicate the direction of the main surveillance axes. 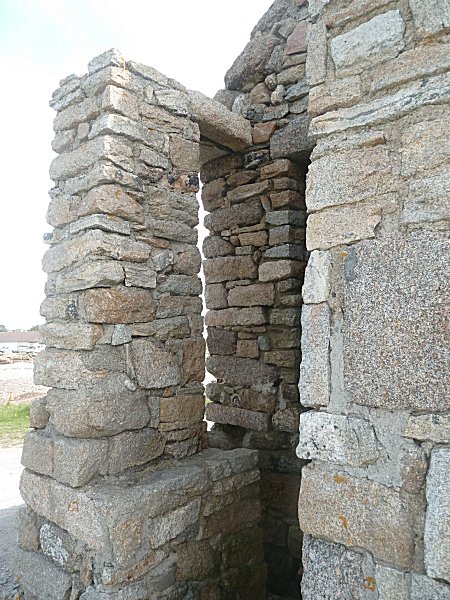 From this building the shots could cover the entire harbour.

The Queen of England arrives at Porspoder. 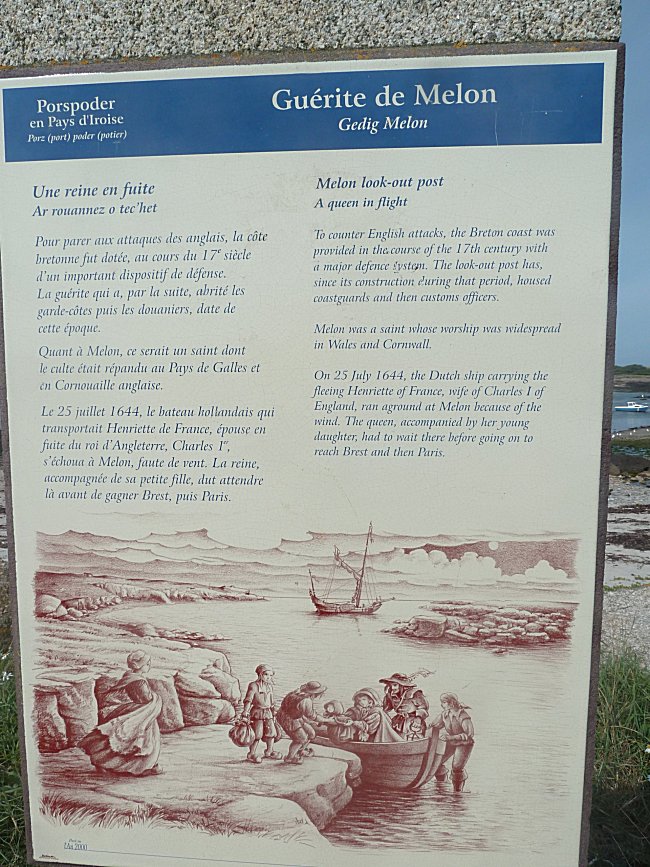 The little Harbour of Melon, difficult for boats to access but well sheltered, has a history that is summarized in the interpretation panel above.

It recalls a historical episode that occurred in the Harbour on July 25, 1644, probably shortly before the sentry box was built.

Henriette Marie de France, the last child of King Henri IV and Marie de Médicis, younger sister of Louis XIII, had been married by her brother in 1625, at the age of 16, to King Charles 1st of England. Born only a few months before the murder of her father, she had been raised very piously by her mother Marie de Médicis and, having become Queen of England, had then ostentatiously practiced her Catholic faith at the predominantly Anglican Court of England. The Puritans gave him the intention to impose Catholicism not only on her children and the court, but on the whole country. She was also accused of trying to influence the king towards more absolutism.
However, since 1641, England had known its first revolution. Charles 1st, continuing his father's work, wanted to unify Scotland, Wales, Ireland and England under his power. He faced the English nobles who wanted to keep the prerogatives of their own Parliament and opted for a parliamentary monarchy. During a battle on July 2, 1644 between the Royal Army and the troops recruited by Parliament, Charles 1st soldiers were defeated. Fearing for their lives, Queen Henriette and her very young daughter Henriette Anne sailed for France aboard a small Dutch sailboat which, due to lack of wind, ran aground in Melon. They then moved to Paris where they found refuge at the court of Regent Anne of Austria and the young King Louis XIV. 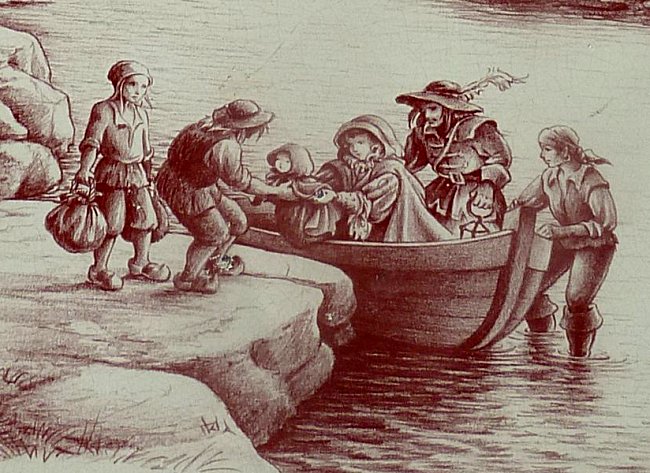 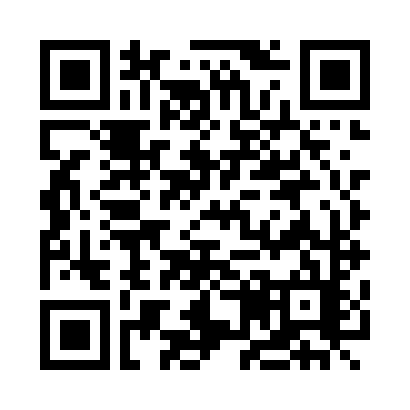