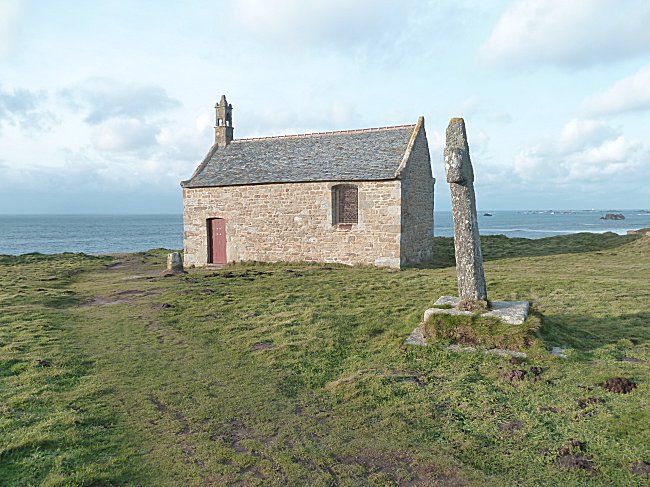 Access :
Leave St-Renan by the Ploudalmézeau road (D68) and continue straight to the sea. Then turn right on the D27.
At a crossroads located 1.5 km further, turn left onto the D137 signposted "KERSAINT par la route touristique". Along 3 km then the beautiful coastline of Landunvez.
Park near the chapel. 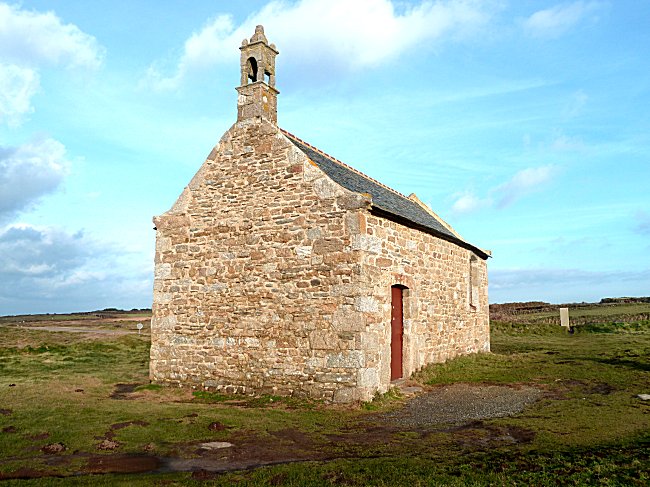 This small isolated chapel on the moor a few steps from a beautiful coast attracts many visitors. But it is not alone : a Gallic stele stands not far from the entrance and a fountain, visible along the coastal path, attest to the age of a cult at this site. Besides the spring water is still supposed to cure rheumatism and eye diseases.

This chapel, built in 1785, was able to replace an older one. It was traditionally the goal of a Pardon of the Sea.

The interior is very sober. 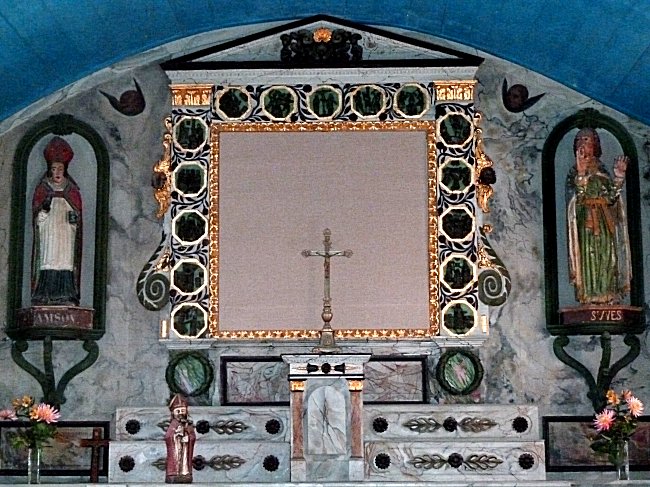 Two polychrome statues dominate the altar. On the left, Saint Samson is wearing the episcopal mitre.

Among all the numerous monks who came from the British Isles in the VIth century to evangelize Brittany, Saint Samson is one of the few who are well attested by history since he signed the acts of the Council of Paris around 555.1
Originally from Wales, and a pupil of Saint Ildut who gave his name to Lanildut, he is said to have landed at Plougasnou, in the north of Finistère department, where the foundation of the Lanmeur monastery is attributed to him. He had been ordained bishop, without any bishopric, before coming to the continent. Appointed Bishop of Dol by King Childebert 1st, he died there around the year 565. Its influence throughout Brittany was such that many localities or Breton religious buildings bear his name. It's not impossible that he came to see his friend Ildut in the Iroise Country.
Two other statues attract the eye in this chapel.


We will also take a look at the modern stained-glass windows dating from 1993. On the left, Saint Anne, the Virgin's mother, with her Daughter. On the right Saint Samson, whose bishop's crook can be seen, heals a sick man.


In short, a small chapel, modest and full of charm, situated in a wild and grandiose environment that gives it all the qualities of a real postcard subject. 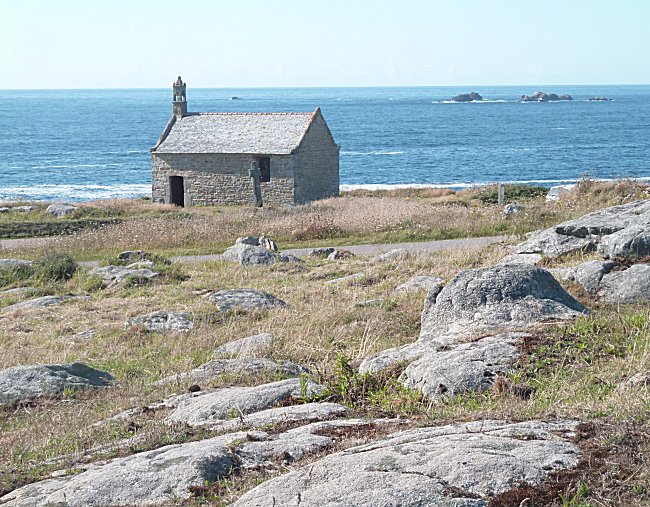 
QR code of this page: 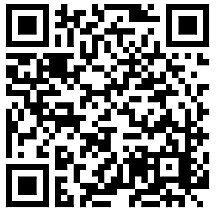